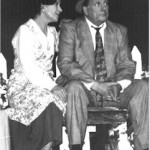 Lesley Robins and Keith King as Kate and Jack Jerome 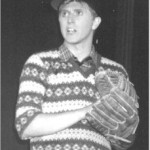 Set not in the Brighton with which most of us are familiar, but Brighton Beach, Brooklyn, New York in 1937 at the home of Eugene Jerome, a precocious 15 year-old, whose burning ambition to be a writer involves him in committing all the happenings of his household to his ‘memoirs’.