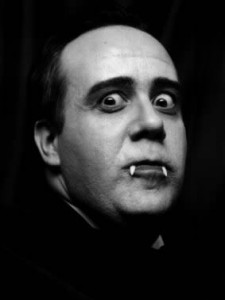 This is a witty version of the story of a suave vampire whose passion is sinking teeth into the throats of young women. There are many surprising but uncomplicated stage effects including mysterious disappearances, secret panels, howling wolves and bats that fly over the audience. Magically, Dracula vanishes in full view of the spectators.