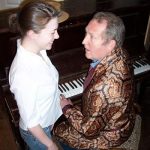 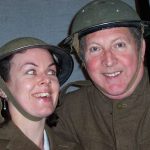 In the Havencrest Nursing Home for the elderly, Harry Troop struggles to regain his identity as a star of the music hall stage. His nurse Stephanie tells him that he is in fact Harold Burgess, brought there by his daughter Edith. The tetchy old man insists he is not the humble Harold of his childhood, but Harry, the entertainer. His flashes of comic talent intrigue Stephanie and she helps him revive his memories. Through flashbacks of singing, dancing and laughter, we learn of Harry’s modest success, much helped by his talented but tragic partner. It is a bitter sweet story of the seductiveness of fame and the price of ambition. Finally, with Stephanie’s and Edith’s help, Harry is able to lay old ghosts to rest, take up his cane and address an audience once more.