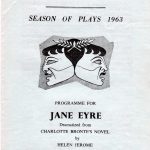 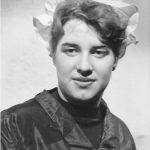 Condensing the dramatic action of the classic novel, playwright Helen Jerome, as in her acclaimed adaptation of Jane Austen’s ‘Pride and Prejudice’, produces a thrilling and compelling stage version. Young Jane Eyre comes to Thornfield, the estate of the brooding Rochester, to be a governess to Adele, his child ward. Rochester is an unhappy man with a lunatic wife whom he must keep locked up. As Jane’s presence begins to lighten his mood, they come to an understanding which it is assumed will lead to marriage. However, Jane discovers Rochester’s secret and leaves Thornfield, returning to discover that the lunatic has burned down the estate killing herself in the fire and leaving Rochester free to marry Jane.