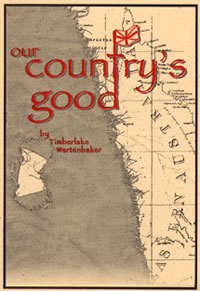 The penal colony of New South Wales in 1788 was one of the most brutal places on Earth, where convicts were beaten or hanged for minor offences. The first Governor General was a humane man by the standards of this time. He decided to put on a play, with the hope that the convicts would begin to embrace finer sentiments. This is an often funny, at times dark and disturbing play.