This year’s pantomime was one of a number written by talented actor and director, the late Mike Rand. 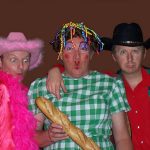 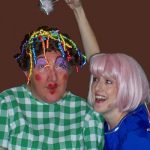