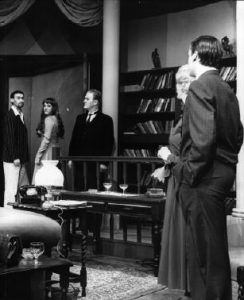 A comedy of manners, in which an American movie actress is preparing to wed a British Earl. Smack in the middle of a sedate dinner in the English mansion comes Miranda’s former flame and current Hollywood sensation, Don. Miranda is furious at the intrusion and would send Don packing except that the wary and wise Countess, knowing that the actress is no match for her son, blithely invites Don to stay for the evening. She privately tells Don not to give up, for she knows that the engagement will be shattered shortly. And it is, when the outraged maid can no longer stand Miranda’s pretense and discloses that she is her sister. The ties that bind are royal blue. The British line remains intact as Miranda goes home with Don. 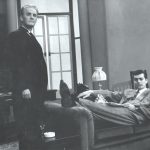 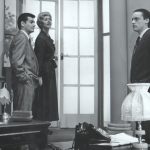 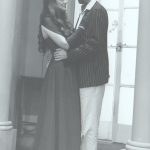 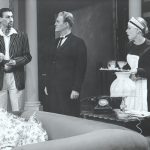 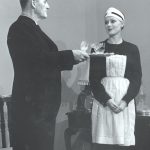 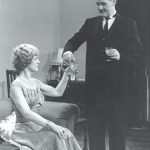 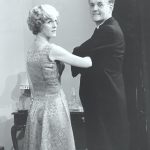 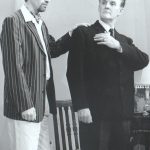 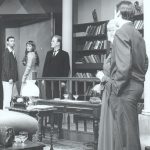 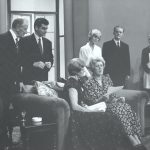 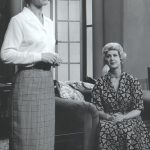 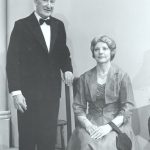 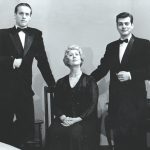 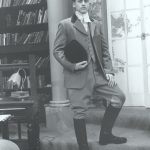 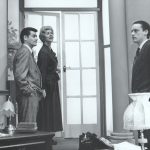 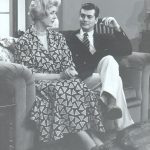 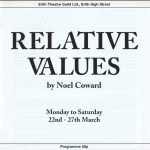