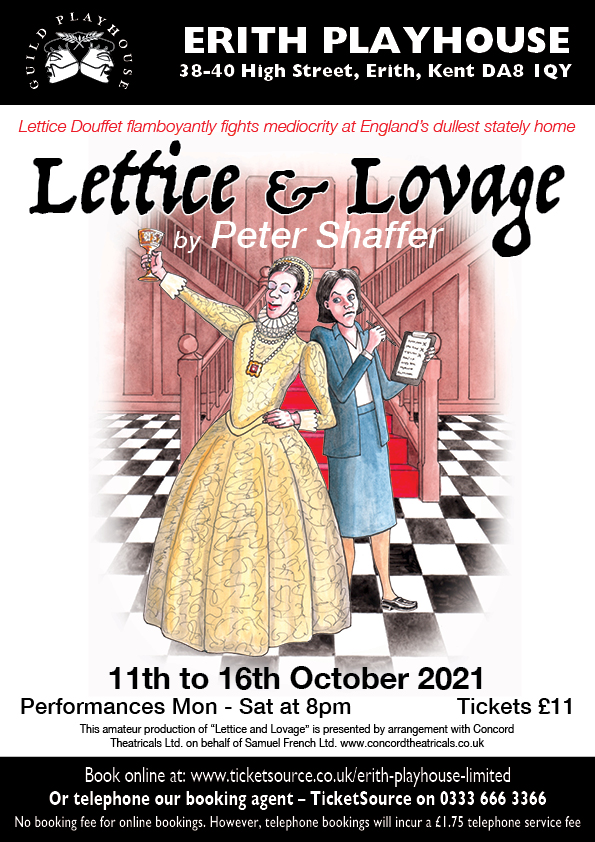 A satirical comedy, centred around the flamboyant Lettice Douffet, who decides to inject some theatricality into her role as a tour guide at the dullest stately home in England. She turns a minor incident on the staircase of Fustian House, involving Queen Elizabeth and the hem of her elaborate gown, into an epic romantic saga. Her captive audience may be delighted, but Lotte Schoen, a straight-laced bureaucrat from the Preservation Trust, is horrified.

A wonderful comedy, written for Maggie Smith, the play was a smash hit in both London’s West End and on Broadway, winning Olivier and Tony Awards for both Maggie Smith and Margaret Tyzack.