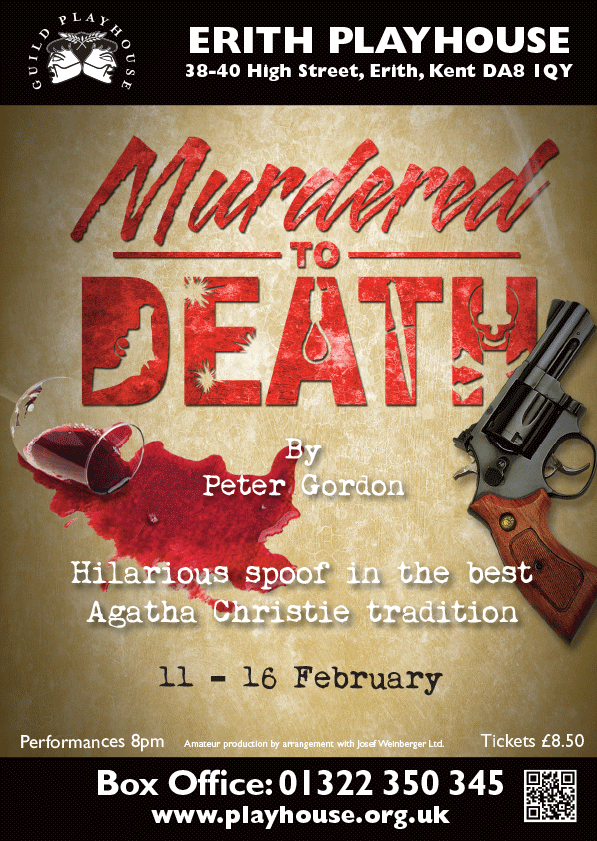 From the author of Out of Focus comes this hilarious spoof of the best Agatha Christie traditions, with an assembled cast of characters guaranteed to delight: Bunting the butler, an English Colonel with the prerequisite stiff upper lip, a shady French art dealer and his moll, bumbling local inspectors and a well meaning local sleuth who seems to attract murder – they’re all here, and all caught up in the side-splitting antics which follow the mysterious death of the owner of a country manor house. But will the murderer be unmasked before everyone else has met their doom, or will audiences die laughing first?