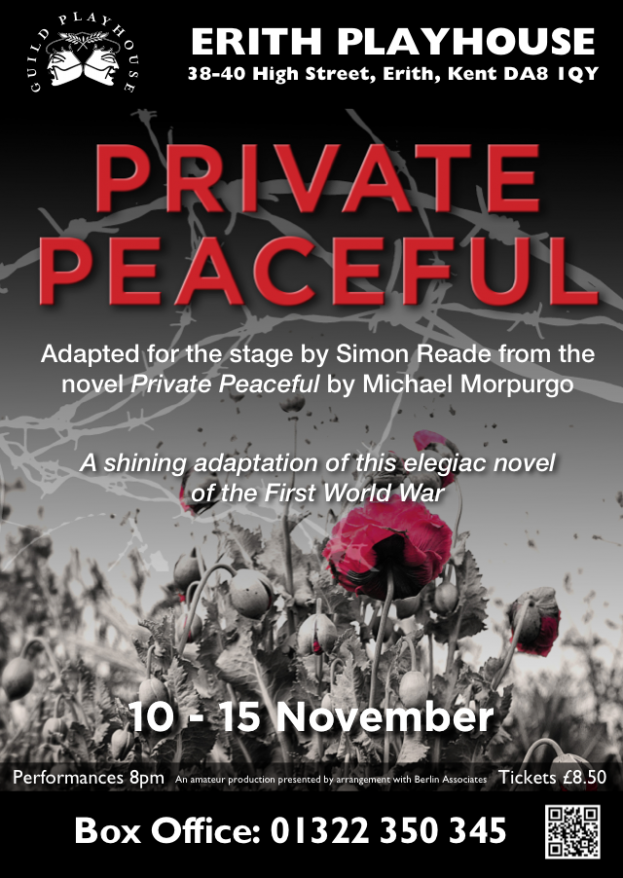 This play has a large cast and is full of rich, rounded characters, all playing an important and significant part in the brothers’ lives.  Whilst Tommo spends time remembering how things used to be, it is another moment closer to an event which will change his life forever.

The play is a classic ‘rites of passage’ story of two brothers, Thomas ‘Tommo’ Peaceful and Charlie Peaceful.  It tells of their youthful exuberance and their teenage love for the same girl, Molly.  The young men of the village join the Army in the midst of World War 1,  to escape the rural life with its lack of opportunity, and move on to experience the horrors and folly of war. This is also a story about the friendship between the two brothers and the undying bond of trust between soldiers in the trenches.

The feature film of the same name was released in 2012, based on the novel Private Peaceful by Michael Morpurgo, author of War Horse.