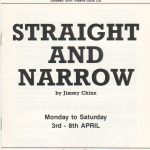 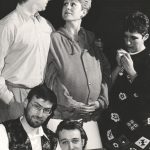 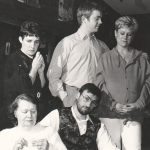 In this West End hit comedy the central characters are Bob and Jeff. The cosy domesticity of these lovers is threatened by Jeff’s crisis. Jeff is considering leaving Bob…. but for a woman, so that he can become a father. Meanwhile Bob contends with meddling family members who are ignorant of his living situation. His mother, a domineering comic creation, complicates matters by pressing Bob to get married. She refuses to recognize that there is anything about her son which might upset her conventional sensibilities. Can Bob’s family – Lois and Bill, Nona and Arthur and matriarch, Vera – help to rescue the situation? And will Bob be able to tell the seemingly ignorant Vera that the ‘straight and narrow’ is not the life for her favourite little boy?