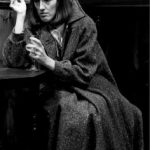 Polly Owen as Susan in “Bed Among the Lentis” 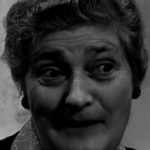 Margaret Penny as Peggy in “A Woman of No Importance”

Talking Heads is a stage adaptation of the BBC series of the same title created by Alan Bennett. It consists of six monologues presented in alternating programs of three each.

A Woman of No Importance: Peggy is played by Margaret Penny
A Bed Full of Lentils: Susan is played by Polly Owen