Madame Dubonnet’s finishing school, near Nice, could exist only in musical comedy. The charming young pupils burst into song at the least provocation and forbidden boy friends are forever popping through the french windows to make up the numbers. Polly Browne is too rich to be allowed a boy friend. Tony, for whom she falls, turns out to be the Hon. Tony Brockhurst, which is very lucky, because Polly thought he was just a delivery boy. Written in the fifties as “a new musical of the twenties” this is still the most successful, tuneful and witty of the send-up musicals, which ape the style of earlier, lighter-hearted and more disarming days. 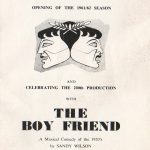 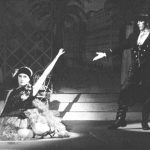 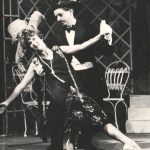 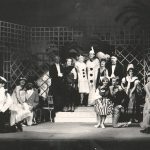