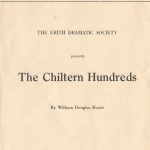 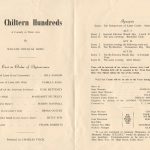 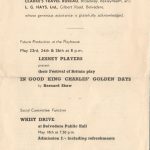 It is the summer of 1945 and the Parliamentary elections of that year are in progress. Tony, son of the Earl of Lister, Lord Lieutenant of the County, is standing as Conservative candidate, the seat having been a safe one for the Listers for two hundred years. In common with many other Conservatives, however, he loses the seat to a Labour candidate, Mr. Cleghorn, much to the disgust of the family butler, Beecham. Tony accepts the situation somewhat philosophically, but his American fiancee, June, has other ideas. When she learns that there is to be a by-election – Cleghorn having been raised to the peerage – she secretly puts up the deposit money and gets the butler nominated as the Conservative candidate. She also breaks her engagement to Tony, who has decided to contest the seat again, this time as a Socialist, and who turns to Bessie the pretty parlourmaid for consolation. Beecham wins the seat, and Tony announces his intended marriage to Bessie. As the new M.P., Beecham applies for the Chiltern Hundreds and happily resumes his job of butler, revealing his love for Bessie, who promises to be his wife. The New York production drew a salvo of cheers from the critics.