Every drama group has experienced the horrors of what can go wrong on opening night, and the ladies of the F.A.H.E.T.G. Dramatic Society are no different, with the possible exception that almost everything that could happen does! The scenery collapses, cues are missed, lines forgotten, and the sound effects take on a strange note at times, as the ladies present their ambitious evening’s entertainment with the cunning whodunit, “Murder At Checkmate Manor.” And just in case the audience should get bored, there’s a Film and Fashion Show and Murder Mystery Quiz, complete with a Prize! The crunch comes in the denouement when the “murderer”, about to be revealed, has to rush home to bandage up an injured daughter. But Mrs. Reece, doyenne of the group, rises above the slings and arrows of outrageous dramatics to save the situation and provide the final inventive twist. 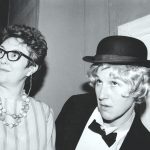 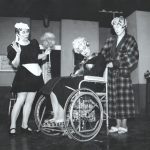 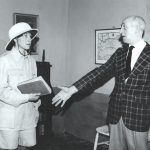 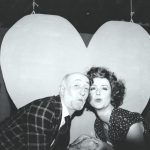 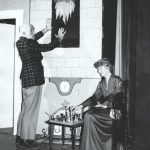 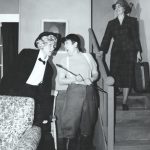 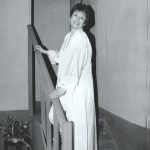 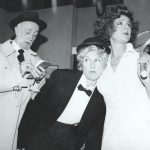 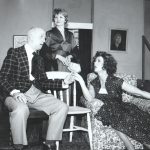 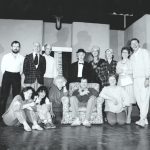 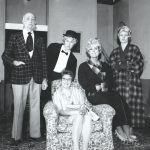 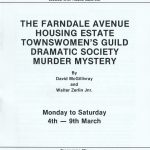