The Hostage
Written by Brendan Behan
Directed by
1962

The Hostage depicts the events leading up to the planned execution of an 18-year-old IRA member in a Belfast jail, accused of killing an Ulster policeman. Like the protagonist of The Quare Fellow, the audience never sees him. The action of the play is set in a very odd house of ill-repute on Nelson Street, Dublin, owned by a former IRA commandant. The hostage of the title is Leslie Williams, a young and innocent Cockney British soldier taken at the border with Northern Ireland and held in the brothel, brought among the vibrant but desperately unorthodox combination of prostitutes, revolutionaries and general low characters inhabiting the place.

During the course of the play, a love story develops between Leslie and Teresa. Both are orphans living foreign to the city they find themselves in, Teresa being from Ballymahon, County Longford. During this Teresa promises never to forget him. 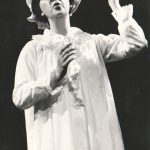 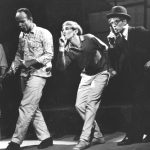 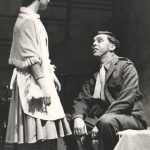 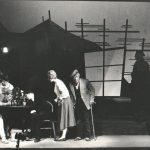 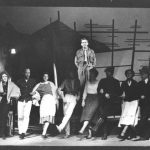 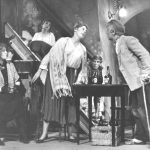 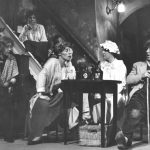