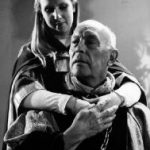 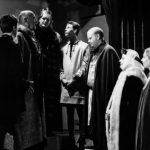 Christmas 1183. A Christmas Court is being held at Chinon Castle. Behind the celebrations Henry II of England and Queen Eleanor, whose mutual passion has long since been destroyed by their even greater obsession for intrigue and power, battle, cajole and threaten each other to see who will win the Aquitaine, Alais Capet and the throne of England.