The plot depicts a small family, a husband and wife and two sons, struggling to get by on a tiny island in the Seto Inland Sea on the island of Sukune in Mihara, Hiroshima, over the course of a year. They are the island’s only occupants, and survive by farming. They must repeatedly carry the water for their plants and themselves in a row boat from a neighboring island. When the boys catch a large fish, the family travels to Onomichi by ferry, where they sell it to a fishmonger, then eat at a modern restaurant. While the parents are away from the island, the older son falls ill. The desperate father runs to find a doctor to come to treat his son, but when they arrive, the boy is already dead. After the boy’s funeral, which is attended by his classmates from his school on the neighboring island, the family resumes their hard life, with very limited opportunity for grief. 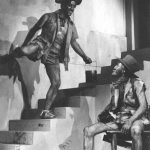 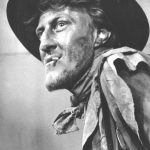 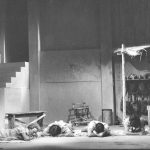 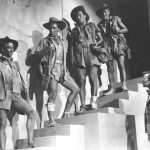 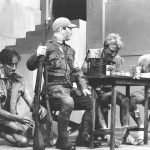