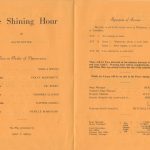 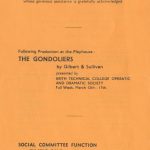 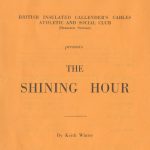 The Shining Hour is a 1934 Broadway three-act drama written by Keith Winter, produced by Max Gordon and staged by Raymond Massey with scenic design created by Aubrey Hammond. It ran for 121 performances from February 13, 1934 to May 1934 at the Booth Theatre. This was Gladys Cooper’s Broadway debut. Raymond Massey and Adrianne Allen were a married couple at this time.