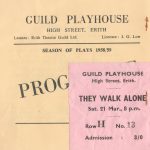 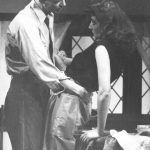 In the small Irish town of Ballyconnen, Emmy Baudine is a beautiful but disturbed young woman who works for the local priest. When the carnival comes to town, she encounters Dan, a handsome young boxer, and lays his face open with her fingernails when he attempts to seduce her. Hurriedly packed off to Yorkshire by Father Corcoran, Emmy is taken in by a farming family and manages to suppress the strange feelings of fascination and revulsion that she experiences in the presence of the opposite sex. Until, that is, the carnival comes to town and she finds herself face to face with the vengeful Dan. Macabre drama.