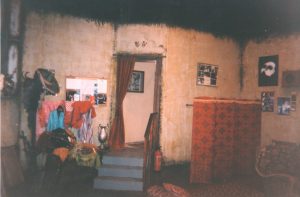 Stella and Regina are understudies in a West End production of a classical tragedy. Stella is a Method actress, passionate about the magic of theatre, whilst Regina is her cynically practical opposite, displaying an acerbic wit and resigned to knitting and shopping in Sainsbury’s. When their double-crossing director brings in The Known Actress as the understudy for one of the stars, the two rivals unite in their resentment.