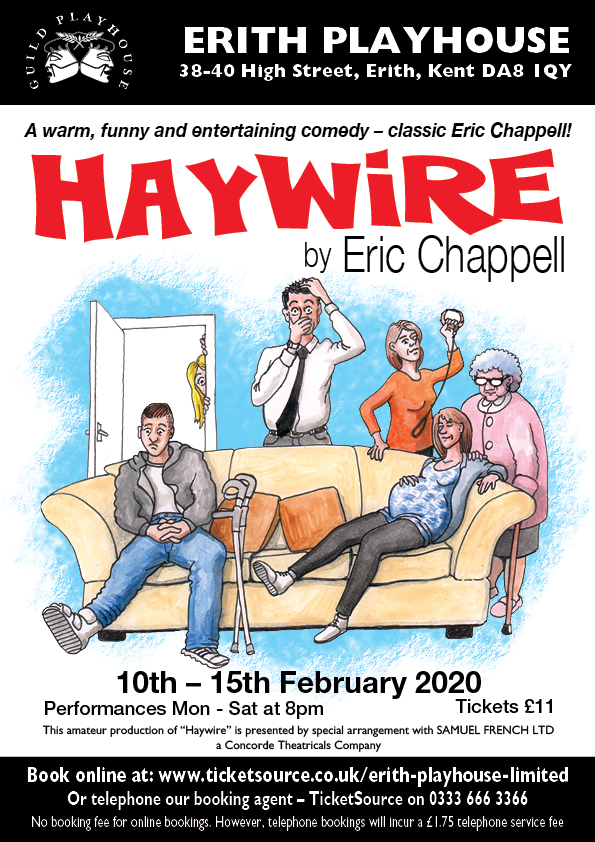 Written by Eric Chappell
Directed by Mary Board

Alec Firth is having an affair with his assistant, Liz, and has organised his domestic life so that they can go to Spain on holiday without making his wife, Maggie, remotely suspicious. What could possibly go wrong? Plenty! On the doorstep, in dizzyingly rapid succession, are Phoebe, Alec’s mother, who has discharged herself from her old people’s home; Alec’s son, Jamie, with a broken ankle, and his daughter Mandy, heavily pregnant and not intending to marry the child’s father. Added to this, Maggie has just bought a dog, requiring more than its fair share of attention! How will Alec cope?