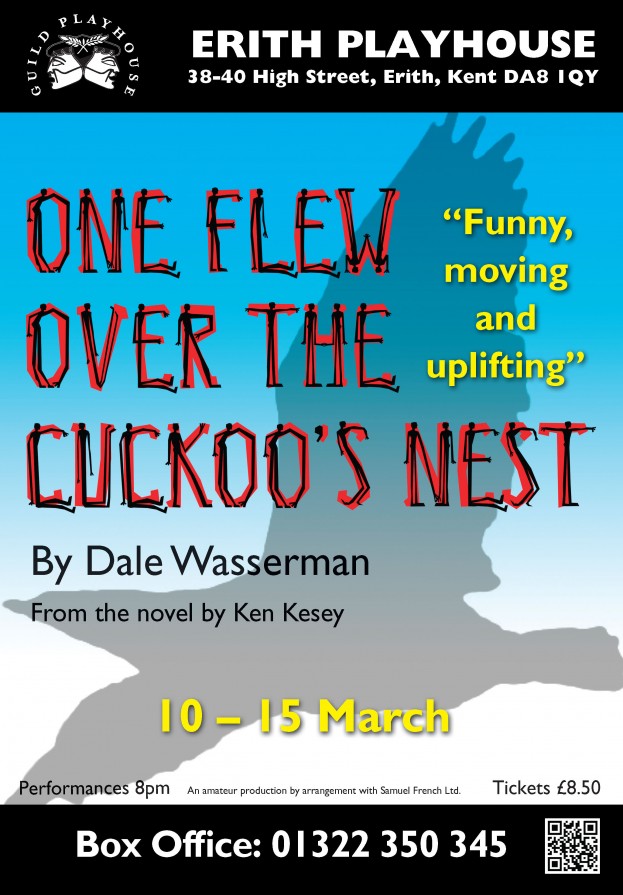 Written by Dale Wasserman, adapted from the novel by Ken Kesey
Directed by Rachel De Silva

Randle P.McMurphy is a charming rogue who contrives to serve a short sentence in an airy mental institution rather than in prison. This, he learns, is a grave mistake. He clashes with the head nurse, a fierce martinet. Quickly, he takes over the yard and accomplishes what the medical profession has been unable to do for twelve years; he makes a presumed deaf and dumb Indian talk. He leads others out of introversion, stages a revolt so that they can see the world series on television, and arranges a rollicking midnight party with liquor and chippies, all of which lead to devastating consequences for him.