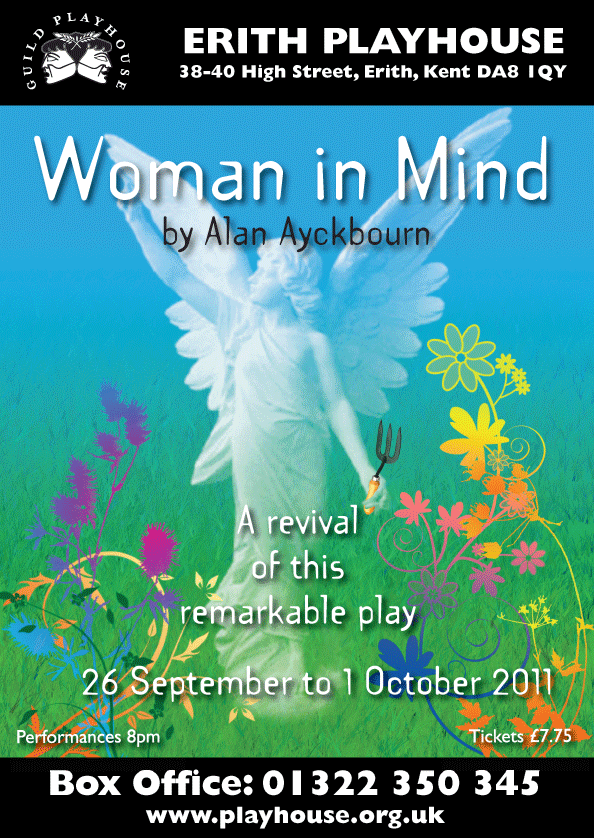 The comic poet of middle class life, always so very funny, goes deeper and darker in this triumphant play about a housewife named Susan who is married to a boring cleric named George. After getting knocked out by stepping on the tooth end of a garden rake, Susan experiences hilarious hallucinations in which her oppressive and boring everyday life is replaced by a fantasy in which she is an ideal wife and mother with an ideal family. While her real family treats her with condescension and apathy, her fantasy family dresses in lovely white, always drinks champagne, lives in a stately home and tells her that she is wonderful. Eventually, the fantasy family becomes nightmarish and Susan begins to realize that she is going mad.