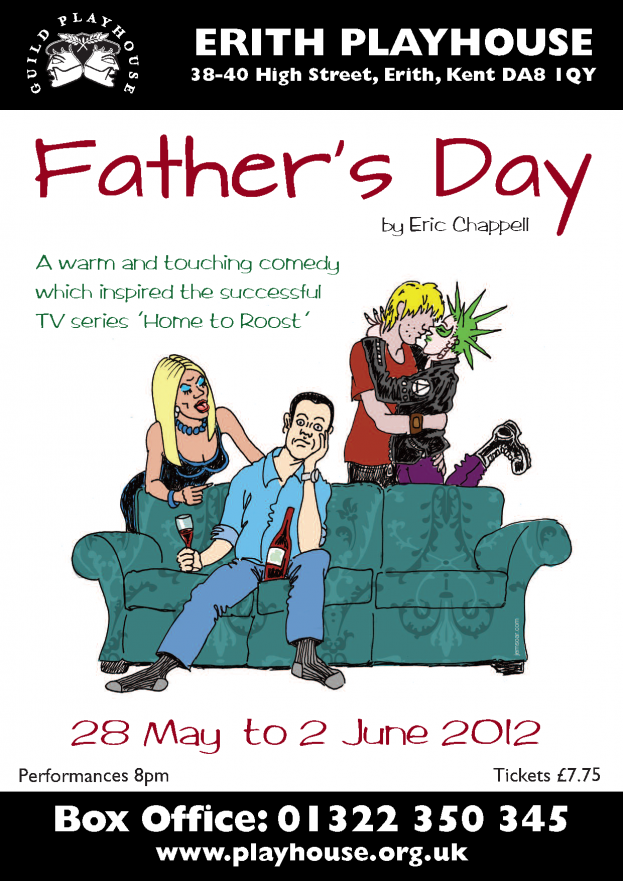 Written by Eric Chappell
Directed by Mary Board

It is a cold winter’s evening and bitter, irascible divorcé Henry is enjoying a scotch and some classical music in glorious solitude. He is soon disturbed, however, by the unwelcome appearance of his son Matthew, bringing with him his new girlfriend, the unappealing punk/Goth Christine. Matthew is obviously keen for a reconciliation with his father, but Henry is quite happy the way things are, and sparks soon fly — but this is just the beginning, for who should arrive next but Henry’s ex-wife, Matthew’s mother, Sue! As the cold night wears on Henry and Sue can’t help but rake over the ashes of their seemingly dead relationship. To their surprise the faint glow of a new tenderness develops between them and before long Henry is facing some important decisions. Father’s Day is a warm and touching comedy based on Eric Chappell’s hit TV series “Home to Roost”.