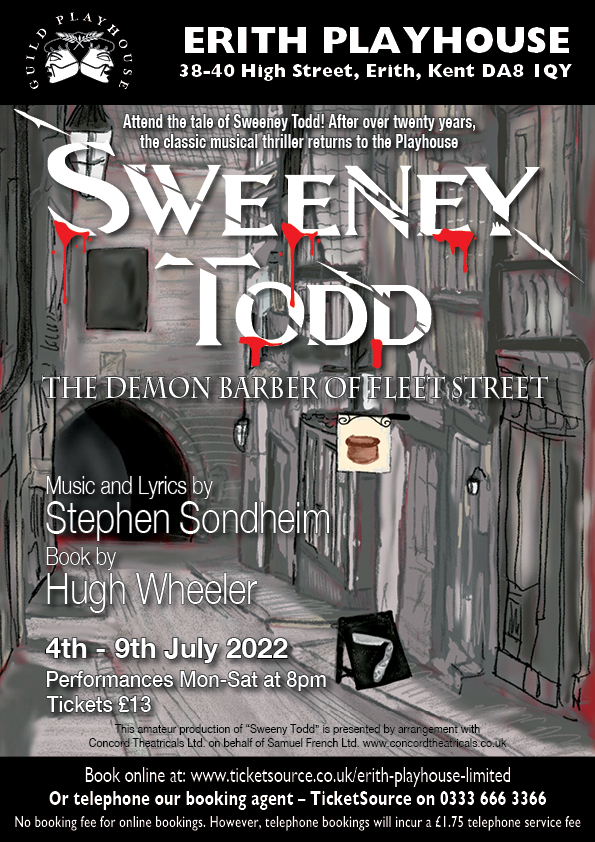 Evil Judge Turpin lusts for the beautiful wife of a London barber and transports him to Australia for a crime he did not commit. Returning after 15 years and calling himself Sweeney Todd, the now-mad man vows revenge, applying his razor to unlucky customers and shuttling the bodies down to Mrs. Lovett, who uses them in her meat-pie shop. Though many fall to his blade, he will not be satisfied until he slits Turpin’s throat. Classic, beautifully dark and morbidly funny, Stephen Sondheim at his best.